Despite living in different years, Lu Xiao Bei and Xiao Feng transcend space and time as they chance upon each other within the same game. From a position of mutual distrust to that of camaraderie, they form their own teams, map out their tactics to help each other grow.
Captain Xiao Feng sends a message via radio signal through Lu Xiao Bei. In the year 2008, Xiao Feng is a downcast e-sports captain who is barely keeping his team together. It was a time when e-sports has yet to reach its peak. Xiao Feng’s team is looked down on and ridiculed, yet they insist on fighting for their dreams.
In the year 2019, Lu Xiao Bei is a genius in battle when it comes to the gaming world. In reality, he is a young man in a wheelchair. He vowed to continue his brother’s legacy to become a professional e-sports player, yet loses his chance to join a professional team because of an accident. 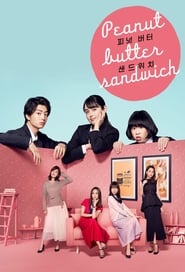